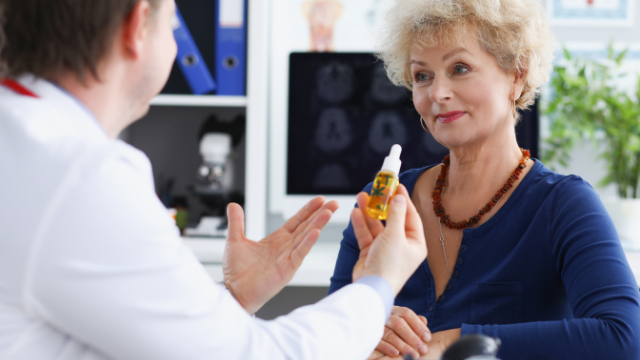 There’s no denying that societal opinions on marijuana have had a significant shift since the turn of the century. Once considered dangerous and illegal, smoking cannabis has now become, for many individuals, a casual evening activity. Obviously, opinions on marijuana vary by individual, but people in the same age group will have similar life experiences that guide their beliefs.

As you may have guessed, younger generations are more likely to approve of the legalization and recreational use of marijuana products. However, there is actually a significant amount of shift towards approval in all age groups.

Those born between the mid-’20s and the mid-’40s unsurprisingly had some of the most strict opinions about recreational marijuana, though that is just a testament to the time that they lived in. Back in the late 1930s, the use and possession of marijuana were federally outlawed in the United States. It’s no surprise that many from this era have retained their biases from this time period.

This group has the lowest acceptance rate of legalizing marijuana, but the numbers aren’t as low as you might think. Over 30% of individuals in this age group believe that cannabis should be legal for both medical and recreational use. Additionally, they are predominantly favorable towards cannabis use in a medicinal scenario.

As the children of the Silent Generation and the Greatest Generation before them, many Baby Boomers retained the opinions of their parents. Born between the mid-’40s and the mid-’60s, this generation gets a lot of flack for being highly anti-weed, but things aren’t as clear-cut as they seem. Over 50% of Baby Boomers believe that marijuana should be legal for recreational use, and about 90% at least believe that cannabis should be legal for medical use.

Like generations before them, there are countless Baby Boomers that embraced weed culture when things weren't so cut and dry. Now they’re celebrating the new age of legalization and toking up with their kids and even grandkids.

Born between the mid-’60s and the early ’80s, a majority of Gen X is in favor of marijuana legalization. Like all of the other generations, the younger members of this generation are slightly more in favor of full legalization than their older members, but not so much as Millennials.

Since Gen X is almost entirely in its 40s and 50s now, they have a tremendous amount of purchasing power. This monetary influence will likely continue to impact the growth or decline of weed culture, shaping the way for America’s youth.

Born between the early ’80s and the mid-’90s, millennials are predominantly in favor of marijuana legalization and recreational use. 70% of adults aged 18-29 say that marijuana should be legal for recreational & medicinal use. In fact, a recent poll found that over 50% of millennials claim to have tried marijuana at least once.

Most of the negative stigmas associated with cannabis have been lost on this generation, and many Millennials are continuing to consume weed well into adulthood. Millennials are also highly tech-savvy, so they tend to be at the forefront of new weed products and ideas. While cigarettes are on the decline, Millennials are instead spending time with marijuana and vapes.

Unlike the Silent Generation, many young adults from Gen Z have spent most of their lives with the impression that marijuana isn’t as bad as their peers may have been led to believe. Born from the late ’90s to the early 2010s, this generation of young adults is witnessing a shift in weed culture firsthand.

Over the last ten years, many states have begun legalizing marijuana for both recreational and medical use, and Gen Z is taking notice. Over 70% of adults under the age of 30 believe that cannabis should be legalized for recreational use, and over 90% believe that it should at least be legal medically.

What’s more surprising is that this generation is choosing cannabis over alcohol to an even greater degree than Millennials before them. According to an article from Cannabis Business Times, 63% of Gen Z marijuana users are saying that they use cannabis more than they consume alcohol. As this age group continues to grow up and flood into the economy, we may have a major shift on our hands!

While each generation of adults in the US has their reason for approving or disapproving of cannabis products, the dial is certainly starting to lean in favor of more widespread availability. An overwhelming number of individuals from each age group are starting to stand up for cannabis legalization. If the numbers from Gen X, Millennials, and Gen Z are any indicators, the future looks bright for smokers like you and me!