When Will Weed Be Federally Legal? 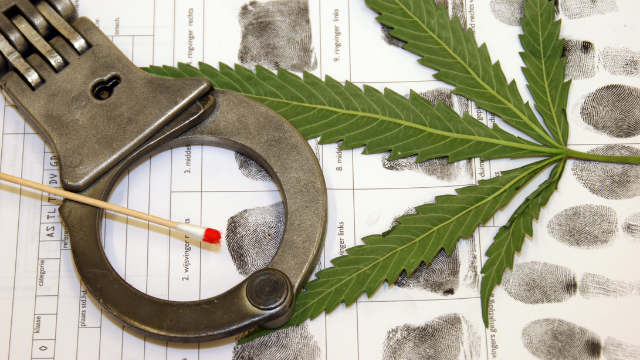 You’re probably well aware that currently there are many legislations that are pending to repeal cannabis prohibition on the federal level. In fact, this has been a fight over many decades. As of present, it seems to be gaining momentum with a potential resolution where the federal ban on cannabis could be lifted, and marijuana would be removed from the Controlled Substances Act. What does this pending federal marijuana legislation mean for the cannabis industry? First, let’s do a quick dive into the history of the United States marijuana reform.

As you may remember from your middle school history class, a bill must pass the House of Representatives, then the Senate, and finally be signed by the President to become a law. You may be humming the Schoolhouse Rock tune, “I’m Just a Bill”. Sorry, not sorry -- it’s catchy!

Let’s dig into some of these legislative events as well as the grassroots marijuana movements to better understand the push to legalize marijuana.

In 1970, at the time the Controlled Substances Act listed cannabis as a Schedule I drug, a nonprofit, pro-marijuana advocacy group, the National Organization for the Reform of Marijuana Laws (NORML), was founded. NORML’s goals have remained the same since their start -- to change the narrative of marijuana and promote a positive association of the drug in the hopes to decriminalize it and repeal the cannabis prohibition.

Two years after their founding, NORML began advocating for medical marijuana use. At the time, cannabis was considered a harmful “gateway drug,” leading to other hardcore substances such as cocaine and heroin. NORML argues that the chemical properties of cannabis don’t alter the brain, and therefore, do not make marijuana consumers eager to try other drugs. Some might even say that marijuana may be a safe alternative to many harmful drugs like prescription opioids, cocaine, heroin, ecstasy, tobacco, and even alcohol.

Today, the NORML Foundation is a source of news for the media and marijuana consumers, has legal resources for those who have been a victim of the current federal marijuana regulations, and provides educational resources about marijuana.

Now, let’s talk more about the MORE Act, the Marijuana Opportunity Reinvestment and Expungement Act that seeks to remove marijuana entirely from the Controlled Substances Act. Among other things, the MORE Act will expunge those convicted of marijuana-related violations.

The MORE Act will be funded by a 5% excise tax added to any sale of cannabis, providing money for various social justice reforms and those affected by the war on cannabis. It would also ensure that no one is denied any federal public benefits based on past or current use of cannabis. Additionally, immigration laws would not be impacted by a user's preference for using marijuana. The MORE Act would also allow Small Business Administration loans to be accessible to any cannabis-related business.

The MORE Act -- a Democrat-drafted piece of legislation -- is currently being evaluated and ruled on by Congress again.

A more recently drafted bill, the States Reform Act, was also brought to the table to end cannabis prohibition by some members of the Republican party. The States Reform Act does just that, seeking to keep the power in the control of the states while federally legalizing cannabis.

In this drafted bill, marijuana would be removed from the Controlled Substances Act, and a 3.75% excise tax would be incurred on all marijuana purchases. The taxes would fund Small Business Administration for new cannabis businesses, community reentry, and law enforcement programs. Similar to alcohol, the Treasury Department’s Alcohol and Tobacco Tax and Trade Bureau (TTB) would be the government department that regulates marijuana.

The Department of Agriculture would be responsible for regulating raw cannabis. There would be a limit to the amount of authority the Food and Drug Administration (FDA) would have when it comes to regulating marijuana, but for medical cannabis, the department would be able to approve marijuana pharmaceuticals and determine servings of cannabis. Any licensed cannabis entities would be grandfathered in, allowing patients to continue to access their dispensaries and as an incentive to use the legal market.

In the States Reform Act, recreational marijuana would be legal for those 21 or older, and there would be a limit on advertising. Nonviolent cannabis crimes can be expunged and veterans cannot be discriminated against in the job hiring process due to the use of marijuana. However, the federal government may continue to test for marijuana. Finally, the Bureau of Labor Statistics must present a report on the cannabis industry to Congress.

President Biden’s stance on the matter is still in opposition to making recreational marijuana legal at the federal level. Instead, he supports federally decriminalizing marijuana, having each states’ government make its own cannabis laws, and legalizing medical cannabis.

Another prominent issue that would be resolved in many of the pending cannabis legislatures is the banking regulations for marijuana. In April 2021, the Secure and Fair Enforcement (SAFE)  Banking Act was passed by the House of Representatives and is currently pending the Senate’s approval. This bill would allow small as well as minority-owned cannabis businesses to obtain financial services from banks.

Currently, banks do not finance cannabis-related services because marijuana is still illegal on the federal level. Unfortunately, not having access to banking systems makes it difficult for dispensaries and marijuana growing operations to conduct business safely. These cannabis entities have to deal in cash, making them an easy and known target for robberies. They also have to transport thousands of dollars in cash each time they visit a tax office to pay taxes.

Another Democratic-drafted bill, the Cannabis Administration and Opportunity Act would allow any licensed dispensary or grow operation to gain bank financing, go public in the stock market, take out loans, and accept credit cards at their locations, eliminating the hassle and unnecessary potential crime when working on a cash basis.

Time Will Tell if the Cannabis Reform Prevails

So, obviously, the cannabis reform would be a major accomplishment in the 21st century if it passes the legislature and becomes a law. This end to marijuana prohibition would revert to old practices of accepting marijuana for all of its beneficial properties.

In today’s age, more studies are being done on disorders and diseases and the effect of medical cannabis. Each state that has legalized medical marijuana has a list of approved health conditions that you can receive medical cannabis for. In Illinois, if you suffer from a debilitating medical condition, see if it’s on the qualifying medical conditions for marijuana. If the federal government bans the cannabis prohibition, so many people could benefit, including those with health conditions and those who are incarcerated for harmless marijuana-related infractions.

Stay tuned to this fight for cannabis rights in the United States. Things are changing quickly as more people agree that this is one non-political issue worth compromising and working together toward.