How Medical Marijuana Saved My Life 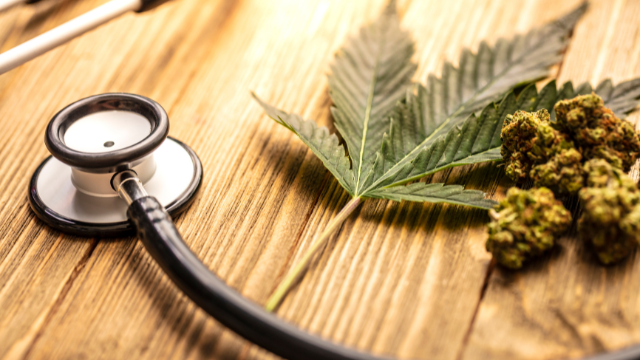 If you have read anything I have ever written on this blog, you will likely know my passion for medical marijuana and all things cannabis-related. And you probably know that I am not only a cannabis evangelist but also a medical marijuana patient. It took me a while to be comfortable talking about my medical and recreational marijuana use, and the road has been rocky.

Growing up, my dad was an avid pothead. He grew cannabis between tomato plants and behind the pool, but we weren’t supposed to talk about it. I grew up in the 80s while the War on Drugs raged, and D.A.R.E. was a big thing. In third grade, while being brainwashed by D.A.R.E., my teacher told me that if my parents had beer in the home refrigerator, they were probably alcoholics. I also learned that if I smelled sticky, sweet smoke at home, my parents were drug addicts.

When I came home from school that day, I cried to my mom, "dad’s gonna die because of drugs!” She calmed me down while trying to hold back a chuckle and explained marijuana to me the best way she knew how. “You know how dad is crabby when he gets home, but he’s happier after he takes his unwind time? That is what marijuana helps with.” She assured me that nobody was a drug addict, and cannabis is plant medicine from the earth.

While this view on marijuana stuck with me, I wasn’t an early experimenter with the devil’s lettuce. I was a member and president of my high school Snowball leadership and drug use prevention group all four years. At one point, I told my father I would never smoke pot because I didn’t want to be like him. It wasn’t until my senior year of high school that I experimented with smoking pot, and I wasn’t into it immediately. It made me hungry and my mouth dry, but I noticed that it improved my mood. Like father, like daughter, I assumed.

I got into a terrible car accident the summer after high school and suffered a traumatic brain injury that left me with a scar on my forehead and debilitating migraines. My migraines got to a point where they came two to three times per week. Always the overachiever, my migraines were accompanied by all of the terrible symptoms including, but not limited to, vomiting, nausea, auras, tinnitus, and light sensitivity.

I saw a neurologist who prescribed me various pharmaceuticals, none of which worked without inconvenient side effects. Feeling defeated and in constant pain, I turned to marijuana for relief. I had been smoking cannabis recreationally in college and noticed that I could use marijuana to take the razor edge off my migraines. By paying attention to this, I did personal experiments and figured out what works best for me regarding marijuana and my migraines.

It may sound dramatic, but marijuana gave me my life back. If I feel a migraine coming – mine usually start with visual auras – consuming cannabis as soon as possible keeps the pain and other symptoms at bay. I will still usually have a headache, but if you have ever suffered from migraines, you know what I mean when I say that I would take a simple headache over a migraine any day.

It’s crucial to remember that everyone is different, and cannabis impacts everyone differently. My body chemistry and endocannabinoid system’s needs are different than yours. What works for me might work for you too, but likely, it won’t. If you have been diagnosed with any medical marijuana conditions recognized in Illinois or your home state, please take time to figure out if medical marijuana will work for you. The only thing you have to lose is the symptoms from which you suffer.

Has medical marijuana changed your life like it has mine? Hit me up on social media, and let's talk about it!