How THC Feeds Your Endocannabinoid System 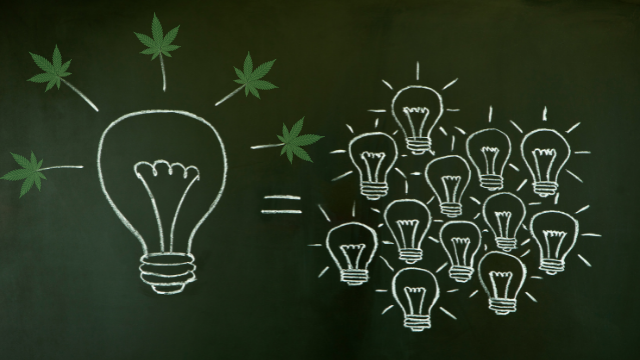 As a stoner, you don’t need to know all of the science behind why marijuana makes you feel the way it does. However, it's good to be at least somewhat mindful of how THC products directly affect your body’s functionality.

Let’s dive into the ways that consuming THC will affect your Endocannabinoid System (ECS).

What is the Endocannabinoid System?

The first thing that might jump out about the term “endocannabinoid” is how similar it is to the word “cannabis.” That’s because the ECS was actually discovered after cannabinoids in marijuana plants, and was named accordingly due to their relationship. In terms of medical research and understanding, the ECS is actually a relatively new discovery, and scientists are still studying its applications to this day.

We do know that the endocannabinoid system is made up of receptors throughout the body that dictate many of our most important internal functions. A few of these functions include your memory, your appetite, your mood, your stress levels, and your sleep schedule.

But what would happen if cannabinoids were introduced from outside your body?

The endocannabinoid system typically runs on your body’s self-producing endocannabinoids, but this standardized flow can be modified when someone consumes marijuana.

Products that contain high levels of THC will essentially be adding excess cannabinoids that function similar to your body’s regulated ones. This results in the cannabinoid receptors thinking “we need food” or “we need sleep” when in fact you do not.

Since the ECS typically regulates bodily functions like tiredness, hunger, and general emotional state, you can see why these things may fluctuate when someone enjoys products with high THC levels.

This stimulating sensation is why medical marijuana is prescribed to people with continued stress or chronic pain. There are dozens of health conditions that can be treated with cannabis including Parkinson's disease, glaucoma, and epilepsy, to name a few.

Since this is a relatively new science, continued research and discoveries are to be expected, especially since marijuana is a hot topic in our society as a whole.

Every marijuana enthusiast is familiar with the munchies, or the general sense of euphoria when they smoke. Hopefully, now you have a better understanding of the endocannabinoid system and why consuming THC will make you feel the way that you do.