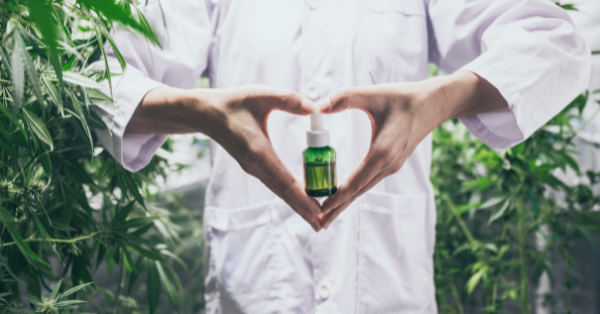 You know cannabis culture has permeated the mainstream when even most non-tokers recognize that 420, 4:20, and 4/20 are associated with marijuana. But in the last decade, there has been a recent addition to the weed culture party -- let’s give a warm cannabis welcome hug to 710.

Similar to the explosion of 420’s celebration of smoking a bowl, joint, bong, or hitter at 4:20 and the “high” holiday of April 20th celebrating cannabis culture as a whole, 710 is the day for dabbers. The number “710” spells “OIL” upside down -- and oil is a word often used to describe cannabis concentrates like honey oil, shatter, way, hash oil, dabs, etc. Coincidence? Nah -- 7/10 was explicitly chosen by stoners for this happenstance.

The internet cannot decide where 420 originated; some sites say that it was the original police code for smoking in public or the preferred hotel room of the Grateful Dead when they were on tour.

A generally accepted consensus in the cannabis community is that the origin of 4:20 can be traced back to a group of five students in Marin County, California, in the 1970s. This group of students would meet outside their high school at 4:20 p.m. for their marijuana smoke sessions.

How this made its way through California and the rest of the world, we may never know -- but you can bet that puffing and passing were involved.

Similar to 420, the origins of 710 are shrouded in mystery and steeped in smoky stoner lore. The term “710” itself comes from the old oil caps on cars -- you remember the old joke about the clueless customer going to the mechanic to ask for a “new 710 cap” because theirs was lost, right? The mechanic and staff couldn’t figure it out until the customer wrote it down, and one of the guys behind the counter read it upside down -- an OIL cap.

From the internet research I did to discover the origins of 710, I found that this cultural addition was made sometime in 2010, but after July 10th. This means that the first official 7/10 celebration was July 10th, 2011. It appears that 7:10 was born via the grassroots Tokecity community, and it snowballed into an entity of its own, taking the cannabis community by an oil-slicked storm.

Ten years later and the holiday has been commercialized, though not as much at 420. Weed oil lovers can rejoice that there are 710 strains, 710 clubs, the 710 Degree Cup, the Formula710 cleaner, 710-friendly businesses and lodging, 710 gear, and more. Wearing something that says 710 can give a signal to other stoners that you are serious about your weed and can hold your own in a session -- the number is seen as a badge of respect in some circles.

Concentrate connoisseurs have not only adopted 7:10 (p.m., I assume -- unless they wake ‘n dab) as the ideal time to smoke cannabis oil and concentrates but also July 10th as the day to celebrate cannabis concentrates in all their forms. To double celebrate, true marijuana oil fans will heat up their rigs on 7/10 at 7:10 a.m. and 7:10 p.m., pull a big rip and make the most of the new stoner holiday. Who doesn’t want more ways and days to celebrate the awesomeness of weed?

Historically, the days leading up to and including April 20th have been big business days for recreational and medical marijuana dispensaries, and this year July 10th is getting in on the action too.  You can expect to see sales and specials the first week of July so that stoners can stock up for the second high holiday of the year. Keep your eyes peeled for hot deals on cannabis concentrates and more.

Those of us who celebrate 420 and enjoy cannabis concentrates will gladly take July 10th and 7:10 p.m. -- the lady does have a real job and cannot partake in the a.m. -- as an excuse to get wicked high on dabs. Now that you know all about the 7:10 high holiday, how do you plan to celebrate?