Conserve While You Consume: Stretch the High From Your Supply 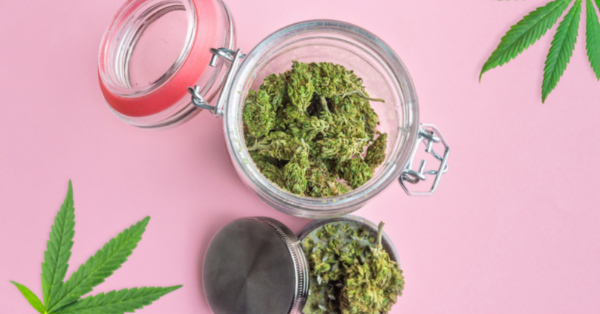 There’s no way around it: legal cannabis purchased from a dispensary can be costly. As I have written about previously, recreational users will pay more for marijuana than medical users. But, even as a medical cannabis cardholder, using marijuana to medicate regularly gets pricey.

Legally licensed marijuana dispensaries in Illinois, like EarthMed, must source the products that they offer to their customers from licensed cultivators and growers. Like every other spoke in Illinois’ legal weed wheel, these cultivation businesses are taxed by the State of Illinois. And the Cannabis Cultivation Privilege Tax of 7% that is imposed on legal growers is passed on to recreational marijuana customers as well as medical marijuana patients through the retail price of their products.

Despite paying higher prices than if you were picking up weed from “your guy,” buying your cannabis flower from a dispensary also has many advantages. Personally, I prefer the dispensary route -- not only because it’s legal but also because I like seeing the terpene profile and the THC percentages of my product.

Ok -- we know weed is costly. But how can you make the most of your cannabis and conserve it while you consume it? My advice: smoke one-hitters.

This is a topic that has stoners divided, but hear me out. While blunts, joints, bowls, and bong all have a special place in the heart of cannabis tokers, they are only suitable for smoke sessions with two people or more. If you are puffing and medicating solo, a one-hitter will give you more bang for your buck.

For example, let’s say you bought an eighth of your favorite hybrid marijuana strain at EarthMed, and you want to smoke it in a traditional way. Your purchase is equal to 3.5 grams of cannabis, which is approximately equivalent to:

One-hitter bats are clearly the winner for making your weed go the distance. After you light a bowl, bong, joint, or blunt, the plant material will keep burning until you either finish it, cash it out, or put it out. If you want to conserve, doesn’t it make sense to only smoke what you need when you need it?

You might think that I am trying to plug a new line of one-hitters or smoking accessories with my overflowing love for bats, but that’s not the case. I am simply a thrifty medical marijuana patient on a budget who enjoys imparting stoner wisdom to other cannabis connoisseurs.

What are you waiting for? Go pack yourself a one-hitter!