Tasty Terpenes and How They Impact Your High (with Infographic) 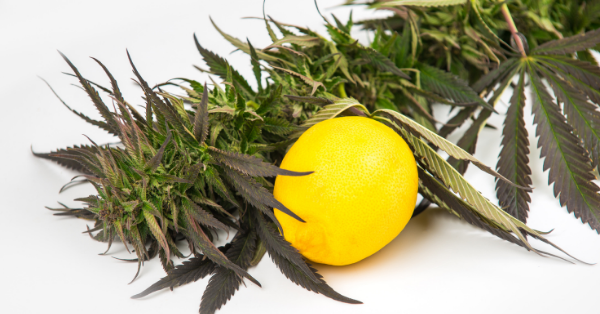 If you have been following our blog posts, you know the differences between indica, sativa, and hybrid marijuana strains, along with which strains to use for motivation. But you might be shocked to learn that some people believe that the type of weed you smoke has a similar impact on how it affects you as the terpenes the strain contains.

Let’s back up and explain a bit because you may be wondering: “What the heck is a terpene?” Strap in, and get your learning hat on -- let’s go!

According to Wikipedia terpenes are: “a class of natural products consisting of compounds… unsaturated hydrocarbons produced predominantly by plants, particularly conifers.” Terpenes are aromatic and provide the signature scents of many plants, such as cannabis, pine, lavender, rosemary, and more. As plants have evolved, so have their terpenes -- in fact, terpenes play a crucial role in protecting the plant from being eaten by animals or infected with germs, along with attracting pollinators. It is important to note that terpenes are found on more than just cannabis plants, but for this post, we will mainly be discussing marijuana terpenes.

Since terpenes are considered bioactive, they do have an impact on the body when they are consumed. Think essential oils -- using them via inhalation or topically can improve your mood, focus, appetite, etc. If cannabis had an essential oil, it would be derived from its terpenes. Some studies have confirmed the entourage effect, implying that the terpene profile (or terp profile) of the cannabis strain will enhance or impact the high from using marijuana.

So, what types of terpenes should you look for when shopping for weed from a dispensary like EarthMed?

While each strain of cannabis can contain dozens of terpenes, the most common ones are myrcene, limonene, caryophyllene, linalool, and a-Pinene. Here is a quick breakdown of each, along with an infographic terpene cheat sheet:

Myrcene: With a herbal, earthy aroma similar to cloves, myrcene can also be found in lemongrass, fresh mango, and hops. Myrcene is the most common terpene in modern cannabis and has potent analgesic, antipsychotic, and sedative effects. Along with THC, this terpene helps those struggling with insomnia as well as body pain and discomfort. Use carefully; myrcene has a reputation for deep relaxation.

Limonene: As the name suggests, limonene terpene is citrusy, like a lemon or orange. When not in cannabis, limonene can also be found in juniper, citrus fruit rinds, and peppermint. Limonene is an antifungal and antimicrobial known for its mood-elevating properties as well as several other therapeutic benefits.

Caryophyllene: If you catch a woodsy, spicy, or peppery whiff from your weed, that could be caryophyllene. Also found in Thai basil, black pepper, and cloves -- caryophyllene is touted for its exceptional anti-inflammatory properties and has a positive impact on mood and pain.

Linalool: It may be considered a minor terpene, but this citrusy, floral, and sweet-smelling terpene has significant benefits. Due to how it interacts with human serotonin receptors, linalool can help treat anxiety, depression, insomnia, and even epilepsy. A natural sedative, linalool can also be found in mints, laurel, and lavender.

a-Pinene: If you guessed that pinene smells like pine, you are a winner! This woodsy terpene reminiscent of fresh mountain air is also found in orange peel, parsley, and pine needles -- shocking, right? Pinene is a bronchodilator and helps to open up airways within the body, helping to bring more oxygen into our cells. It also gives a boost of energy and helps memory aid. If you are concerned about short-term memory issues due to puffing the magic dragon, strains high in pinene can help!

These are just the five most common terpenes that can be found in marijuana. Over 100 different terpenes have been identified in the cannabis plant, and each of them has unique properties and benefits. The medical benefits and uses for terpenes -- both in marijuana and other plants -- have been studied for years and help make a strong case for the medicinal properties of cannabis.

As you explore the menu at EarthMed, take a look at the label and pay attention to the terp profile of the marijuana strains for which you are shopping. Being aware of the cannabis terpenes you are consuming and how they make you feel is an essential part of discovering the strains of weed that best fit your needs. Half the fun of marijuana is experimenting and figuring out what works best for you and your lifestyle. Terp on, friends!