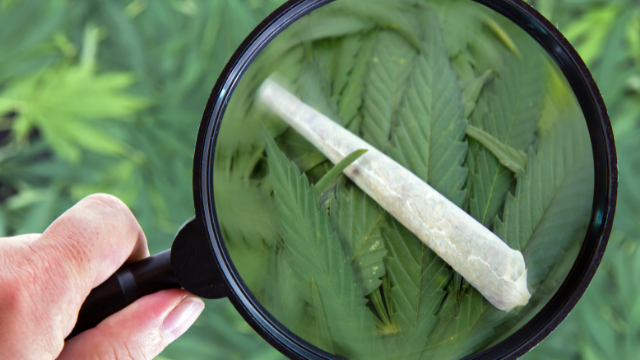 In the 1930s, after the Great Depression, America was a country with crippling unemployment and poverty rates.  Americans were struggling and desperate to blame their troubles on immigrants, drugs, and anything else they could. In 1936, the anti-cannabis propaganda film Reefer Madness was released.

This exploitation drama was considered a cautionary tale for the youth of the day and depicts fictional, crazed marijuana use and criminal activity attributed to cannabis consumption. Unfortunately, Reefer Madness and the misconceptions about the cannabis plant and those who use it contributed to how marijuana has been perceived in the United States.

I remember learning about marijuana in third grade D.A.R.E. class. My teacher asked us if we had parents who smoked something that smelled different than cigarettes, “it would be a sweet, skunky smell,” she said. I immediately recognized the description of that familiar smell and began to worry that my dad was a criminal who was using a dangerous drug that would kill him. When I got home from school that day, I broke down with my mom and cried that my dad was going to die.

Once she figured out what I was upset about, she explained that some people see the cannabis plant as a dangerous drug, and some see it as medicine from the earth. She asked me to think about my dad’s mood when he got home from work compared to after he came up from the basement. Even at seven years old, I knew that my post-session dad was happier, calmer, friendlier, and just better than he was when sober.

Now that the older generation that grew up believing the sensationalization they saw in Reefer Madness is dwindling, and as more states legalize marijuana for medical and recreational use, public opinion on cannabis is changing. According to a Pew Research survey conducted in April 2021, only 8% of U.S. adults say marijuana should not be legal. Additionally, 31% of Americans believe in the legalization of marijuana for medical use, while 60% are on board for medical and recreational legalization.

As someone who wrote about why the United States government should legalize marijuana for every term paper she could (in high school and college), these statistics make my soul happy. Seeing the number of Americans who believe that marijuana should be legal more than double between 2000 and 2019 is incredible.

Unsurprisingly, the acceptance numbers skew young, with 70% of 18 to 29-year-olds in favor of recreational and medical legalization as opposed to only 32% of those aged 75 and up. However, since the older generation (mostly) runs the country, I am hesitant to believe that federal legalization will happen unless the younger generation starts pushing their representatives for action and making noise by signing online petitions to Pass the Marijuana Justice Act.

Federal legalization of marijuana would not only stop the push and pull between state legalization and federal regulations that make legal dispensary banking difficult, but it would also allow for more cannabis research. In-depth scientific studies of the medical benefits of marijuana would be helpful for patients that are researching treatment options. Having this research available for doctors would help alleviate the Reefer Madness stigma in the medical community. Learn more about the pending federal legalization of marijuana in our previous post.

As the Silent Generation population naturally declines and the younger generation’s acceptance of medical marijuana becomes more mainstream, governmental agencies will be forced to listen to popular opinion. At least, that’s what I hope happens.