What is Cannabis Shake? Hint: It’s Not a Weed Milkshake 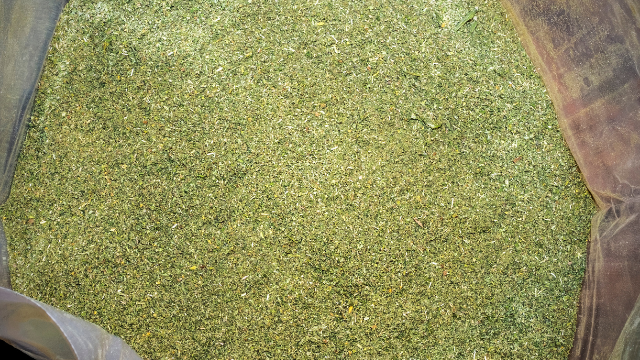 You’ve probably heard of cannabis shake and may have a natural inclination to think it’s not worth consuming or smoking. Many cannabis connoisseurs will steer clear of the remnants of shake flower, instead opting for premium bud over what they may consider discounted weed.

So what is cannabis shake? The marijuana buds or pieces of flower that have collected at the bottom of the container, jar, or bag of marijuana after falling off are considered shake flower. Simply put, flower that has fallen off of the marijuana plant due to shaking, bumping, moving, or manufacturing is cannabis shake. Because shake was once part of the cannabis buds, weed shake can contain CBD and THC as well as terpenes.

Shake Flower is Not Trim or Kief

Before we dive further into marijuana shake, let’s differentiate it from other common shake misconceptions. Most commonly, the two parts of the cannabis plant that shake flower gets grouped with are trim and kief.

Trim encompasses the parts of the marijuana plant that get trimmed during the harvesting process. Marijuana trim is usually the leaves and stems - undesirable for smoking but can be used to make low-potency edibles.

Kief is the part of the cannabis plant when the trichomes (the plant parts that contain terpenes, THC, and CBD) get separated from the plant. Typically darker than trichomes, kief is a powdery substance that is sticky. This powder is collected in grinders, and many grinders have a device known as a kief catcher. Kief can be added to or sprinkled on bowls, joints, and bongs to bring out the potency of whatever is being smoked. Read our previous blog post, The 411 on Kief and Why You Should Keep It, to get the full scoop on the power and potency of powdery kief.

What Can Shake Be Used For?

Many dispensaries use shake flower in the pre-rolls they sell. Sometimes, strains of weed shake are combined and mixed. Other times, the marijuana shake is all from one strain which is best for high quality and potency. Licensed dispensaries also sell cannabis shake separately. Dispensaries are likely to have a selection of high-quality shake flower for discounted prices. Ask a budtender to guide you on the best quality. See our post, Where to Buy Weed: Marijuana Dispensary vs That Guy You Know.

Cannabis shake can be used the same way as flower to smoke pre-rolls, joints, blunts, bongs, and pipes. Often, shake flower is used to create edibles. Shake can be infused into oil or cannabutter, but be sure to decarboxylate it first. Check out 6 Easy Steps to Making Cannabis-Infused Butter and Oils.

Other uses for marijuana shake include skin topicals, tinctures, concentrates, and vaporizers. If you choose to smoke with shake flower, remember that it can still have most of the terpenes that give off a scent, so here’s a handy list of 27 Ways to Mask that Weed Smell When You Smoke Marijuana.

Pros and Cons of Marijuana Shake

Still, some avid stoners may be wary about the quality of shake. Let’s dig into the pros and cons of shake flower to see what the benefits and drawbacks might be of using cannabis shake.

Pros of Shake Flower: There are many pros of purchasing and consuming or smoking cannabis shake.

Cons of Weed Shake: There are some cons to be aware of when considering buying or using shake flower.

Shake flower gets a bad reputation among stoners and cannabis evangelists, but maybe it shouldn’t. When you use the marijuana shake that has fallen off the cannabis buds, you’ll be getting the most for your money, ensuring that you use every last bit of the plant down to the shake flower. See our post, Conserve While You Consume: Stretch the High From Your Supply, to learn more about how to conserve your cannabis supply.

With marijuana shake, don’t always expect to get super stoned. You may have cannabis shake that doesn’t provide the psychoactive effects but can still produce some of the benefits that come along with using weed.

Even though shake flower isn’t a marijuana milkshake (is that even a thing, and would it be tasty?), cannabis shake can be a real treat that you might have been missing out on by passing on the discounted premium shake at your local dispensary or forgoing the scraps after you’ve consumed or smoked the marijuana buds.

Personally, I am a fan of shake because it’s easy to use without any fuss. Plus, when I get shake, there are usually at least two nuggets of keif in the container. It’s like finding a prize in a Cracker Jack box. What’s your take? Do you smoke shake? Let me know on social media!