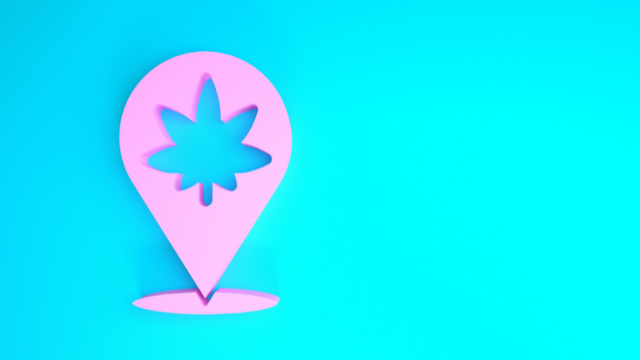 With medical and recreational marijuana legalization finally happening around the world and in the United States, people are planning more vacations than ever that include traveling to international weed-friendly destinations. Here are five 420-friendly countries that tickle my fancy.

1. The Netherlands: Long known as the mecca for cannabis travelers, Amsterdam is still a hot spot for stoners. Weed has been legal to consume in The Netherlands for decades, and the “coffee shops” that provide marijuana are at the top of the list for international travelers looking for an elevated vacation experience. It is important to note that consuming in coffee shops is legal, but bringing the weed back to your hotel isn’t. That doesn’t mean that the police will charge you; it’s just something to be mindful of. Fun fact: When Covid first shut down businesses in Amsterdam, coffee shops were initially closed. However, a few days later, they were reopened as they were deemed “essential.”

2. Thailand: In 2023, Thailand surprised the world with new legislation that makes it legal to buy and sell cannabis–actions that might have previously gotten you up to 15 years in jail. While Thailand’s Public Health Minister, Anutin Charnvirakul, has made several statements to discourage cannabis tourists and about preventing its non-medical use, many shows have opened since the legislation was passed.

3. Canada: Oh, Canada – thank you for being so progressive with your cannabis laws, if only the United States would follow suit. From Vancouver to Montreal, Canadians and visitors can possess up to 30 grams of marijuana in public and in their vehicles. Before Covid, the Great White North was a favorite destination for travelers from the United States and elsewhere. It’s safe to assume that cannabis tourism will start picking back up in Canada as the borders open back up.

4. Jamaica: This island paradise located in the Caribbean Sea is one of my favorite places on earth. It has evolved quite a bit since the first time I visited in 2004 for my honeymoon. Back then, the only way to get weed was from a Jamaican on the beach/street/hotel lobby/airport/etc. There are now legal dispensaries (for those 18 and up) with exotic strains and consumption rooms available to tourists. While smoking ganja in public is illegal for anyone except Rastafarians enjoying their religious sacrament, weed is so ingrained in Jamaican culture that its use is rarely given a second glance. As long as you are respectful about it, you can feel comfortable smoking herb in Jamaica.

5. Belize: Possession and use of up to 10 grams of cannabis on private premises are legal in Belize, but there is no adult-use industry yet in this Yucatan Penisula country. While it is technically illegal, the Belizean authorities are typically tolerant as long as tourists are respectful and don’t spark up in public.

5. Chile: With cannabis legal for private at-home possession and consumption, this blunt-shaped country boasts the highest rate of per-capita use in Latin America. Like the rest of the countries on this list, public use is still prohibited.

6. Argentina: Sharing a border with Chile, Argentina is known for its excellent Beef, wine, and landscape. It is said that the land there is so fertile that if you drop a seed anywhere, it will grow. Apparently, that extends to Cannabis seeds, as Argentina is a country where weed is legal for personal use. While growing, selling, and buying cannabis on a larger scale is still illegal, Argentina passed legislation in 2020 making personal use of cannabis a right. And there are legal avenues and processes in place to help citizens grow, sell, and buy weed in a legal way.

7. Uruguay:  Another member of the “countries where marijuana is legal” club, Uruguay made weed legal for anyone who is 18 years or older. And there are legal processes that allow citizens to grow, buy, and sell cannabis legally. In 2017, Uruguay also made it possible to purchase weed from pharmacies. Talk about medical marijuana!

8. Malta: Probably the hardest place to get to on this list, Malta is a country found between Sicily and North Africa. While public use of cannabis is still outlawed, as of 2021, it is legal to carry up to 7 grams for personal use.

9. Spain: Adding to the list of Spanish-speaking countries, Spain has always had a big smoking culture, even if not related to cannabis, exemplified by its several hundred smoking clubs. As of 2017, cannabis is legal to consume, whether you're part of a smoking club or not.

10. The United States: Yes, the good ol’ USA is home to several states where cannabis use is fully legal on the medical level, at least, and recreational level at best. Many states have updated cannabis laws or decriminalized weed, even if it has not been made legal for consumption yet. As states continue to make cannabis legal, we can hope to one day see a unified America where cannabis is legal.

As legal restrictions are relaxed and this magical plant’s demonization decreases, stoners who love to travel should definitely keep these five cannabis-friendly destinations on their bucket list. While this shortlist doesn’t include all of the weed-friendly destinations available to adventurous travelers, it’s definitely a good point of reference for those dipping their toes in the canna-tourism pool.

Where will your next canna-adventure take you? Hit me up on social media, and let's spark up a conversation about our weed travels!